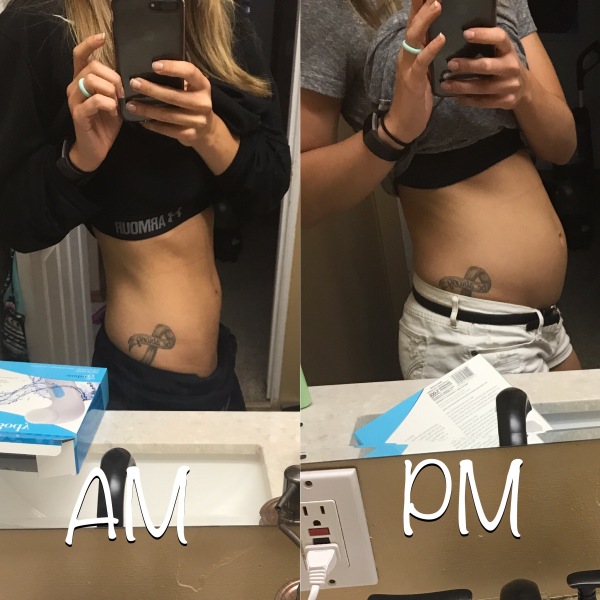 Irritable Bowel Syndrome (IBS) is a broad term that covers bowel irritation/complications without the presence of a diagnosed structural explanation. The explanation usually falls into the category of neurological, vascular, or muscular. In my case, the problem is most likely all three, and the way they coordinate with each other.

IBS goes hand in hand with POTS, because POTS is autonomic nervous system dysfunction and digestion is an autonomic function.

Small Intestine Bacterial Overgrowth (SIBO) comes into play because gut motility is slowed, essentially making it so that the bacteria that is supposed to grow in the large intestine, has the time to take up residency in the small intestine.

My IBS symptoms are pain, nausea, alternating constipation/diarrhea, vomiting, bloating and food intolerances. SIBO is pain, fatigue, acne, and a type of bloating that crosses the line from I’m uncomfortable to I can’t hardly move after I eat. I wake up feeling pretty normal, and then as soon as I eat something, I bloat up. The bloating gets worse and worse throughout the day, and come night time I can’t hardly leave the house.

I have done one round of Xifaxian (the antibiotic used to treat SIBO). It is an extremely expensive antibiotic (about 1000-1500 dollars) that insurance often doesn’t want to cover without a fight. I am blessed with an amazing GI who fought hard and got my insurance to cover the medication. I took the antibiotic three times a day for thirty days. After just three days my symptoms started to disappear, and they stayed away for about six weeks.

I eat a low FODmap diet, which essentially means I don’t eat anything that is highly fermentable. You know all those foods that they tell you to eat for gut health? Basically I have to do the opposite. When I do eat vegetables they are low FODmap veggies and they are steamed and usually blended or pureed and fruits are pretty much out of the question.

Anyways, because POTS causes decreased gastric motility, my case of SIBO was pretty much guaranteed to return. Basically my body creates the perfect environment for SIBO to grow.

I tried to tough it out with these symptoms for over a month, but two weeks ago I got to a point where I was too uncomfortable to function. I called my GI and he asked me to give it through the weekend, just incase it was something viral. Come that Monday my symptoms had not gone away. A few days later I started a second antibiotic regimen, this time a ten day course of ciprofloxacin and metronidazole. The combination of these two is a bactericidal and a bacteriostatic (bacterial killer, and bacteria inhibitor) along with anti fungal and anti protozoal. Cipro is taken twice a day and metronidazole is taken three times a day. I’m currently on day five of this regimen.

To get a better idea of what is going on, I did a microbiome test from ubiome (before I started antibiotics), but results on that take three to six weeks (more to come on that later), and I could not wait that long to try and rebalance my flora for a bit.

Right now, I am feeling much better. Being on antibiotics is kind of a hay day for someone with SIBO because you have to eat in a manner that “draws out the bacteria,” so that it can be killed. Meaning I get to eat all the raw fruits and veggies my heart desires right now. That’s what every girl dreams of right?

Update to come when my ubiome test comes back!